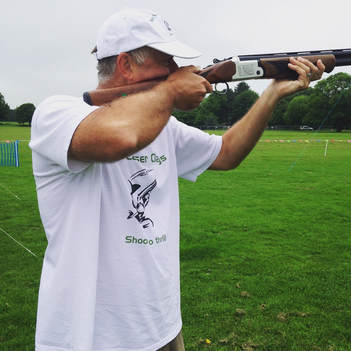 As a current BASC member Terry has been involved in shooting from a young age initially beating and picking up on local syndicated shoots and then progressing to a walking and then standing gun on various local shoots.

Wanting to do more shooting outside of the normal game shooting season he got involved with a local clay shooting group called “Hit and Miss” this led to visiting many of the South East’s clay shooting venues.  Terry was helping on a local shoot and they decided to run monthly clay shoots to help keep the syndicate members “on target” through the summer.  This was a great success and so the clay shooting was extended to groups outside of the shooting syndicate.   Terry took on the role of coordinating the groups giving safety briefings and coaching; which he continues to do.
​
Having recently retired Terry wanted to find something to extend his interest in shooting further and when the opportunity to take on the Laser Clay System presented itself this allowed him to take an alternative version of Clay Pigeon shooting to the general public.